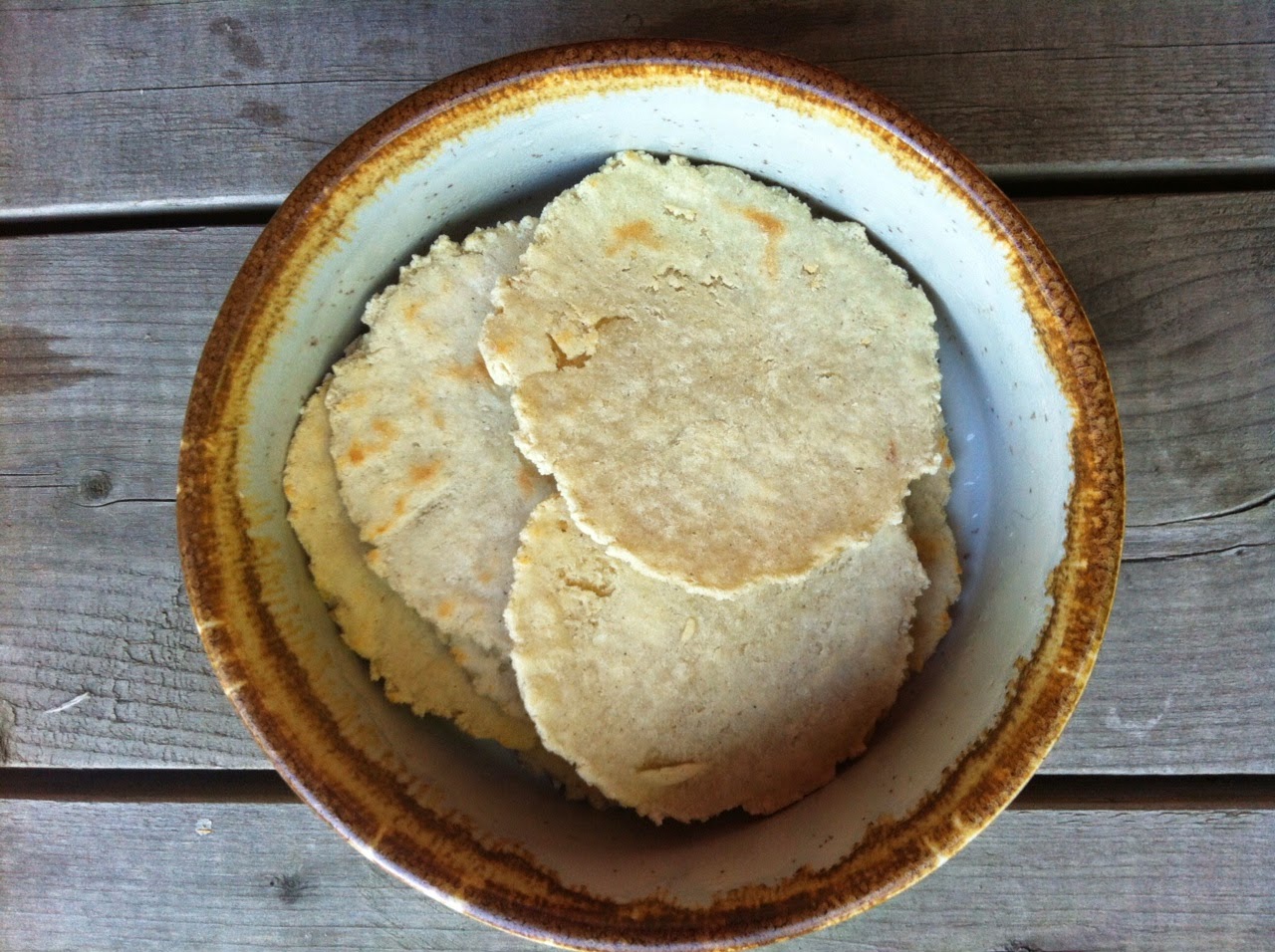 The more I started cooking from scratch, the more I became unsatisfied with many packaged, processed foods. Not all, of course. There are still some good ones out there. But take hamburger rolls. I don’t like them very much. They’re either too mushy, or too sweet, or too dry, or too bread-y. I would never eat them without something inside of them, and I don’t think bread should be that way. So earlier this week when I knew we were having burgers, I found a great burger bun recipe online and made it. It was incredible. I would eat the bun on its own. And it transformed my burger.

I realize that not every meal can be a transcendent experience, and there are times that you just have to eat (real) food to quell your hunger and keep you going. As much as possible, though, I attempt to cook from scratch and enjoy every part of my meal.

Tortillas. You buy ’em? I used to. But the long list of unpronounceable ingredients turned me off, and I could actually taste the preservatives. It was gross. So a few years ago, I asked for a tortilla press for Christmas, and I started making my own. It mostly worked. 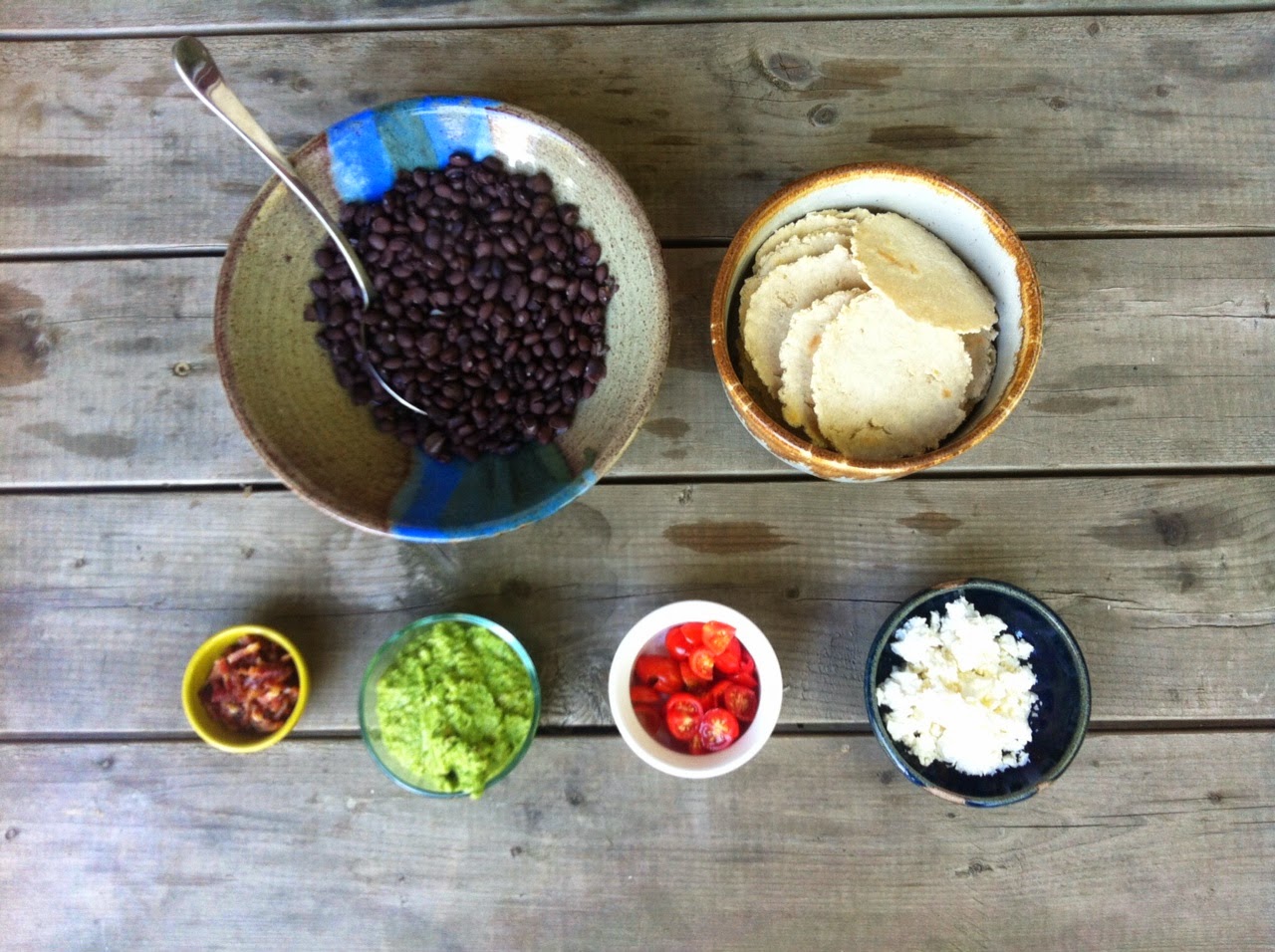 Corn tortillas are made from masa harina, which literally means “dough flour” in Spanish. Maize is dried and treated with lime and water to loosen the hulls. The lime also helps release the nutrient naicin so that it can be absorbed in the body. The soaked maize is washed and then ground into a dough. This is fresh masa, which is available refrigerated in some stores, but it is more common to find the dried and powdered form: masa harina.

The most basic tortilla recipe just calls for masa harina and water. This will produce tortillas, but I always add salt and bacon fat (you can also substitute olive oil or butter for the bacon fat). The tortillas came out flavorful and warm, but they split when folded. So lately I have started adding 1/3 part wheat flour to make the tortillas more bendy. It works beautifully. 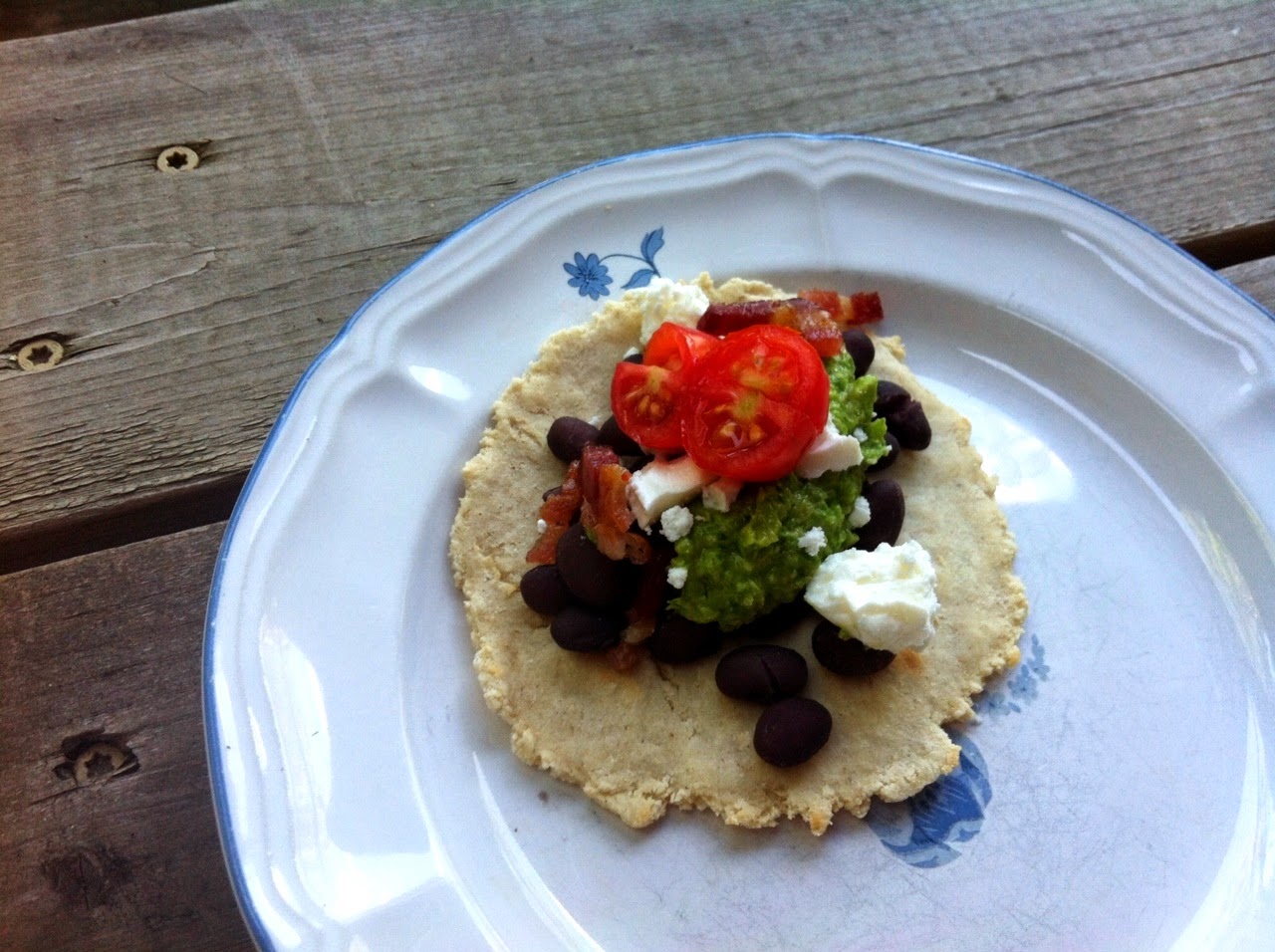 Stir dry ingredients together in a bowl. Start with adding 1 cup of water and stir to form a dough. Add a little more water as needed until dough becomes cohesive and does not stick too much to your hands. The dough will still be a little tacky.

Use a tortilla press, or lightly oil the inside of a plastic resealable bag. Place a ball of dough about the size of a lemon in the bag, and use a rolling pin over the outside of the bag to flatten into a tortilla. You may need a wide spatula to help you peel the tortilla off either the tortilla press or the bag.

Cook tortillas on a hot griddle or ungreased hot pan until it looks dry with a few brown spots, then flip and cook to get a few more brown spots on the other side.