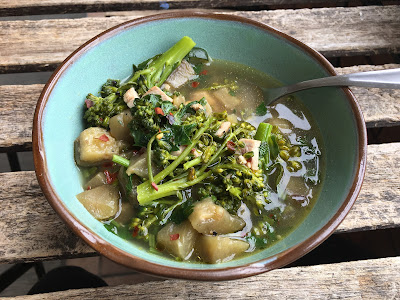 How does one go about moving to another country for just one year? Here is the story of how we came to go to Spain, and the process of getting there.

About four or five years ago, Justin stumbled across the international sabbatical option on his employer’s website. We had no idea that a middle school teacher could apply for a sabbatical, but there it was. We knew we wanted to have another child, so we decided to wait a few years and then apply.

Well, we had Lydia in 2015, and Justin applied for the sabbatical at the end of 2018. He was confident he had a strong application and didn’t see much reason for it to be denied. We waited to hear whether it was approved. January came and went. Then February. “Did you find out about the sabbatical yet?” People kept asking. March. April. May. I was all set to give up and make plans for staying in Baltimore again. I had enrolled Lydia in the same nature school that Evelyn had been in as part of her home school curriculum. I did some research into how to become a foster parent, since that has always been part of our plans. I had planted our garden and fully expected to harvest well into September.

And then. Justin texts: “Check your email.” I immediately new what it was.

I opened up my email to see the forwarded message that the sabbatical was approved. And I felt like the walls were closing in on me. I was so not ready to read this news. I had made plans for Baltimore next year, not Spain. I was mad! I got home and texted some close friends, cried a little, and felt like I had no control over the situation. I also felt a little like a crazy person. After all, we had made this decision together. It was not something I had ever opposed. But now it was real, and I had to get used to it.

Justin bought our plane tickets that same day. I was shocked. It was really happening! Fast forward three days or so, and we told the girls about the upcoming move to Spain after eating pancakes. We showed them the map, showed pictures of Malaga, and noticed there is a water park near by. That certainly helped them warm up to the idea. Seeing them get excited, and seeing Airbnb places we would stay for the first month, helped me get excited too.

I started clearing away clutter, packing up things to donate, clearing out the basement. Which brings me to the first step in how to move to another country (when you intend to rent out your house): Clear out your basement. All those items that you never use? They gotta go. Anything you thought you might need but not yet? It’s probably gotta go too. We needed to make space for bunk beds, book shelves, books, heavy winter gear, clothes that don’t fit the girls yet, toys, certain kitchen items, linens…the list goes on. Not to mention Justin’s boxes and boxes of teacher stuff.

By the way, here is what the basement looked like in the midst of the clean out: 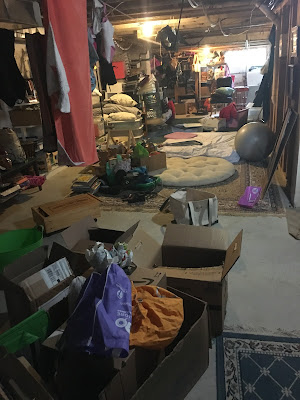 Yikes. It was a doozy. It’s somewhat organized now, and I will let you know how it looks once everything is neatly stored down there.

In other news, I’ve been working on healing my gut for some time. I will share more in future posts, but for now, you can peak into this tasty recipe of a soup I had for lunch today.

Method: Add all ingredients except vinegar and olive oil to a pot. Bring to boil, then simmer until heated through. Serve in a bowl, splash in vinegar, and drizzle with olive oil. Taste, and adjust vinegar and seasoning if necessary. Enjoy the hearty comfort of gut healing soup.