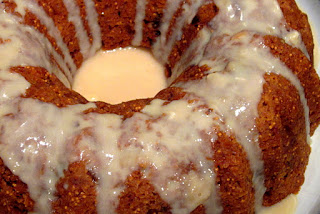 Oh yes, I did. I made figgy pudding. I’ve been wanting to make figgy pudding for a couple of years now. Initially it was just a passing fancy and then, after discovering the Figgy Pudding 5K in Baltimore, I had to run it if only to get a T-shirt. (No figgy pudding at the end of the race, unfortunately, just beer). This year, when I planned a Christmas coffeehouse, I knew my opportunity had come to make this figgy dessert.

Figgy pudding dates back to 16th century England. It involves figs and bread crumbs that are steamed with other ingredients to form a dense, sweet bread. In the 16th century, and maybe even still today, it was common to use suet, which is raw mutton or beef fat. Yum. The topping for figgy pudding is a custard sauce that is drizzled over the entire cake, with extra on the side for serving. Or, the pudding can just be dusted with powdered sugar. 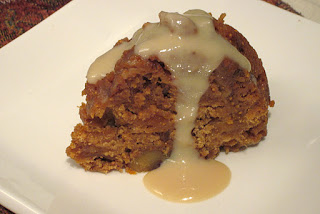 I got the recipe off of a tea towel I ordered last Christmas. An odd place for a recipe, I know, but there you have it. The recipe calls for fresh black Mission figs. Fresh figs are not to be found this time of year, so I used dried Turkish figs (they don’t seem to be as dry as black figs). The ingredients are heavenly: butter, orange zest, cinnamon, walnuts. So Christmas-y and delightful. After mixing all of the ingredients in a large bowl, I offered up a whiff to Justin: “What is that?” he asked, intrigued. “Figgy pudding!” I said, and danced around the kitchen in excitement. And let me tell you, the pudding did not disappoint. Served warm, with sauce on top, it was like the very best version of a fig newton. And I don’t like normal fig newtons. But this had a nice seedy crunch from the figs, a moist-ness that you don’t always find out of a Bundt pan, and a heady aroma. 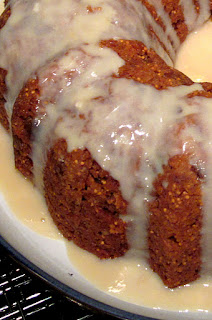 If you decide to make it, do let me know how it turns out.

3/4 cup buttermilk or milk
In a medium saucepan, warm milk over low heat, add figs, cover, and let simmer for 10 minutes (do not let the mixture come to a boil).

2 cups milk
Scald in a medium saucepan and let cool